Classic comedian Henny Youngman frequently used a joke in which someone would ask him, “How’s your wife?” His reply: “Compared to what?” When people are asked how they like the modern nation/state, you can’t evaluate their answers without knowing “compared to what?”

If you allow someone else to frame a debate, he can control what your answer is going to be. If you allow the state and its supporters to frame the debate as being between the coercive state on the one hand and the lawlessness and casual violence you see depicted anywhere without the state on the other, most rational people are going to opt for the state as the lesser of the two evils. But it’s a false dichotomy.

Some libertarians or anarchists (of various stripes) want to live in a world with no rules and no order. I want them to be able to live that way, but I don’t want my part of the world to look like that. I want voluntary order, but I want it organized by somebody other than the coercive state — and I want a choice of whose system to live under. What’s more, I want the choice to establish my own system to compete with the others if I want to.

A friend of mine sent me a link to a story that NPR’s Planet Money team did a couple of weeks ago about PorcFest, which is a popular annual “freedom festival” in New Hampshire sponsored by the Free State Project. The headline on the NPR story calls it “libertarian summer camp.” Among other things, the reporter talked about how the bacon he bought for breakfast hadn’t been inspected for safety and how financial transactions were difficult using differing systems of gold and silver. The implied criticism is that this is the way things have to be without the coercive state. Is that true?

END_OF_DOCUMENT_TOKEN_TO_BE_REPLACED 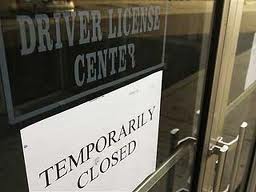 END_OF_DOCUMENT_TOKEN_TO_BE_REPLACED

I don’t know of a better example of pure evil in the world today than the members of an insane religious cult in Kansas who claim to speak for God. For those of us who are Christians, though, it’s a warning that it’s easy to believe that our thoughts and judgments all come from God.

Westboro Baptist Church in Topeka, Kansas, is widely known for picketing military funerals and protesting pretty much everything you can think of. Its members claim that “God hates fags.” (That’s even the name of the group’s website.) Every time something bad happens in this country, the group claims it’s evidence of God’s judgement of America. They picket funerals to bring attention to their claim that the deaths and disasters represent God’s hatred of a sinful America.

Today, this group announced that members would be picketing the funerals of the Teutenberg family (above), the members of which were killed in a plane crash last Saturday in rural Alabama. For the hate-filled details, see this press release (PDF) from the group. You really need to read it for yourself to get the full effect of how insane and how hateful these people are.