The problems we face in 2012 are serious. Our children are counting on us to make the right choice for everyone. Yes, my friends, it can only mean one thing. Vote iPhone in 2012.

Many people remember the “bad old days” when we all chose our own phones. It was an inefficient world of competing brands and models — which just confused everyone. In these more enlightened times, we understand that it’s more efficient and fair for everyone to buy the same model. Even though we’re not seeing the predicted cost efficiencies so far, we’re confident that it’s just a matter of time before costs come down. Obviously, prices would have gone even higher if the Phone Unification Act hadn’t passed. This has been a godsend for the consumer.

There are still some selfish people who claim they should be able to buy what they want, without caring what their neighbors and fellow countrymen want. Thankfully, those self-styled individualists are dying out, probably because they’re too selfish to get anyone else to put up with them. Most people now understand that standardizing on one model is the only fair way.

Even though the big corporations pretend that they’re all on board with the plan now, we all know that they’re still trying to subvert the rules for their own self-interest. Nokia and RIM didn’t like being excluded from the elections, of course, but it’s only fair that we just use good ol’ American technology. 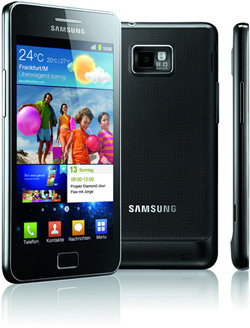 Here’s a breakdown of the election for 2012, as best as I can tell. Apple has nominated the iPhone again and is obviously one of the two frontrunners. It’s more complicated for the Android Party, but it always is for this fractious bunch. With Google’s guidance, they just held their convention and chose a Samsung Galaxy model to represent them. (HTC finished second and won the backup role in case something happens to Samsung. Motorola threatened to make a third-party bid, but nobody believes it can work.)

Microsoft is playing its traditional role as third-party spoiler in this election. Its Windows Phone has no chance of winning, but might peel off enough votes to hurt one of the frontrunners. (Nokia says it will make Microsoft’s hardware in the event of a Windows Phone win, but nobody takes that seriously.)

Patriotic people around the country are getting excited as we get closer to the election. I don’t have to tell you how hard the incumbent is working to protect his position or how hard the opposition is working. (Microsoft employees have been traveling the country trying to get signatures to get ballot access in as many states as possible. Really pathetic, if you ask me.)

Anyway, I’m supporting iPhone again. I’m a big fan of Apple’s user interface and app ecosystem, so I’m campaigning hard. But since I’m a patriotic American, I’ll honor and support the result of the election, no matter what it is. I’d hate to have to switch to Android, but if that’s what the majority want, it’s just the right thing to do, isn’t it?

This is the reddish sky here tonight. Is there any

The last light of the sunset was already fading be

Lucy loves to go outside this time of year and tak

Molly says it’s strongly against her religion to

Thomas is bedding down in the hanging basket of th

Lucy’s had an enjoyable Sunday, but she‘s abou

Thomas and Merlin are sleeping together on the pen

As soon as the water bowl is filled, Molly and Mer

Humans could learn a lot from Merlin about the art

Late Saturday afternoon, Lucy is on guard duty in