Some people believe that seasteading is a crazy idea. For instance, Dr. Margaret Crawford, a prominent expert on urban planning (who’s also an architecture professor at Berkley) says it’s “a silly idea without any urban-planning implications whatsoever.” Isn’t that the reaction of the establishment anytime anyone suggests something that might upset the status quo?

I don’t think I want to live on the ocean. You might not, either. But even those of us who don’t want to go this route should benefit from the project being successful, so I’m a big cheerleader for it. I’ve covered this before, but there are new things going on, so this is a bit of an update.

Seasteading is simply the radical idea that we can build places to live out in the ocean. Think of it as a cruise ship that never calls at a port. Away from the jurisdiction of existing states, there’s nothing to stop independent groups from setting up their own independent entities — with their own rules. In other words, it has the possibility of putting a lot of pressure on the nation-states if productive people take up residence outside of their ability to tax them and control them.

The first project that appears to be getting off the ground as a spin-off from the Seasteading Institute — which was set up to promote the idea — is a plan to build an office complex 24 miles from Silicon Valley in the next year. For companies that might want to hire engineers from all over the world (without dealing with U.S. insanity about immigration), this will give them the chance to set up facilities in international waters where U.S. law can’t reach them. We don’t know a lot about the venture yet, but it’s led by a couple of guys who were with the Seasteading Institute. 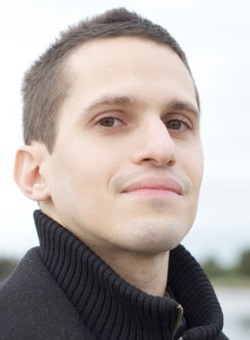 Institute founder Patri Friedman, right, — the grandson of the late economist Milton Friedman — has just left the organization he founded to lead a commercial ventures in seasteading. It’s unclear to me whether Friedman is working with the office off the coast of Silicon Valley, but the implication is that he’s working on something bigger.

After Friendman and others spent years working on popularizing the idea of living at sea, PayPal founder Peter Thiel has bankrolled some of the more recent efforts. He put up $500,000 three years ago and has just put up another $1.25 million recently. The projects coming out of the seasteading movement are nothing like Oceania, a failed attempt to do something similar that was abandoned in 1994.

If you’d like to read more about seasteading than most people would possibly want to know, here’s the beta version of a book that the Seasteading Institute has available on its website. These are smart people who are thinking through the implications. It might or might not work, but you can learn a lot by studying what they’ve done so far.

I don’t know whether these projects are going to pan out. The engineering challenges are great and the legal and social issues are possibly even more daunting in the long run. But it’s people such as Friedman — who are experimenting and pushing the limits of what might be possible — that are going to make possible whatever efforts end up being successful for the rest of us.

It could end up like the failed early Jamestown settlement in Virginia. That was a failure, but the important thing to remember is that others followed with similar ideas — and some of those worked.

The Birmingham sky to the west was completely fill

It was mostly cloudy here Saturday afternoon, but

There wasn’t much color on the horizon until abo

This was a couple of minutes before sunset Thursda

In reviewing my sunset photos from Saturday night,

I just watched this lovely sunset behind the resta

We had just a few brief moments of color at sunset

From the fireplace mantle, Thomas scans the vast o

An exhausted Lucy came inside from a long walk —

This spot on top of an old newspaper vending machi

Thomas is spending most of his time this weekend o

Molly poses sweetly on my desk as I write late Sat

Before making the mighty leap from the castle to t

I’m not entirely sure what Thomas was doing unde

This ancient newspaper vending machine has seen be 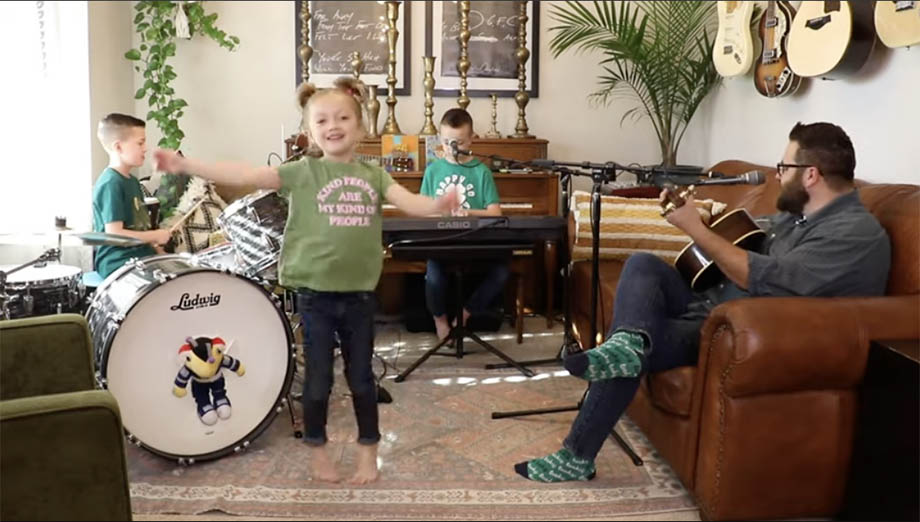 After Tampa Bay, Fla., musician Colt Clark had all of his gigs canceled last year for months on end, the entire family felt trapped at home as most of the world was on quarantine lockdown. His wife, Aubree, had an idea that would let Colt make music and involve the whole family in making music videos to share with their friends and family on Facebook. Aubree is a photographer and homeschooling mom to a daughter and two sons, who range in age from 6 to 11. After their friends started asking to share the videos, they made the performances public — and a few of them are now on YouTube, where they go by the name of Colt Clark and the Quarantine Kids. The younger son, Becket, is on drums. The older boy, Cash, plays keyboards, strings and guitars. Dad supplies lead vocals and plays guitar, while 6-year-old Bellamy mostly dances but sometimes does backup vocals. There’s even a dog who makes an occasional appearance. The Clark family has just raised the bar for what I need to create with my future children. And best of all, they seem to be having a great time together. I hope they make you as happy as they make me. 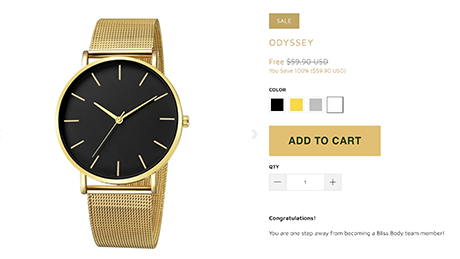 Have you ever wondered how the social media world works for so-called “influencers”? I find it comical, so I thought I’d share with you. I frequently get offers such as what I’m about to describe. And if I’m getting such offers — as a relative nobody in the online world — you can only imagine what people with huge audiences are offered. It starts with an email appealing to my ego: “We came across your online presence and we LOVE your style. We’d love to have you as one of our Brand Ambassadors. To celebrate our new [Brand Name] collection, we want to give you a FREE Watch so you can post a picture of you wearing it and drive more exposure to our brand.” Did you hear that? They love me. They want me to be seen wearing their cheap $59 watch so other people will think, “If this amazing influencer wears that, surely I should buy one.” They even offer me commissions on the watches sold from people clicking from my site. So the next time you see some alleged “influencer” touting something online or on social media, remember that this is what it’s probably all about. It’s laughable.