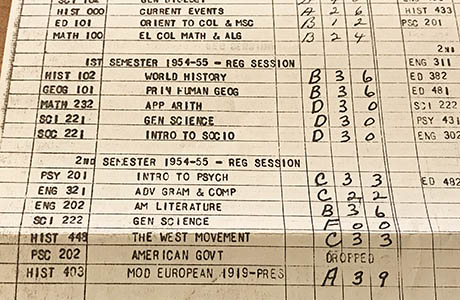 When I was a little boy, I thought both of my parents were brilliant. Does everyone assume that of his own parents? Or was that just me?

Both of my parents had college degrees and both had started their careers as teachers. (Mother spent her entire career teaching.) They both seemed to know everything — at least compared to me — so I guess I thought they had been good students, especially because they expected me to do well at everything in school.

I figured out a long time ago that my mother had been both more creative and more academically gifted than he was. My father wasn’t stupid — and his head was actually stuffed with an impressive array of facts — but he wasn’t brilliant.

As I went through some of his remaining things to throw away today, I came across his college transcript — and I was shocked. He was a terrible student, far worse than I had imagined.

He somehow received a degree — a major in history and a minor in English — but his transcript was riddled with grades of D and even F. He made an A in only three classes for his entire college career, which was a far cry from what I had assumed of him.

It doesn’t seem like a big deal, but things such as this continue to force me to re-evaluate what I’ve believed about him — both lately and in the distant past. 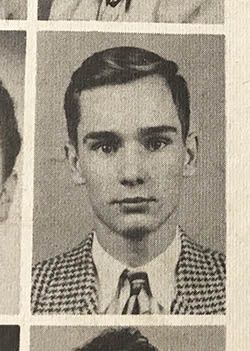 Why did he lead me to believe he had been a good student? Was the deception intentional — or had I simply believed what I wanted to believe about him? I’ll never know.

I also realized recently that I have his senior yearbook from high school. He was a spring graduate from Woodlawn High School in Birmingham in 1948. Most of the students seem to be smiling in their photos, to one degree or another.

My father’s face is a blank.

Almost all of the other students had provided information about themselves — nicknames, class activities, ambitions, etc. My father provided nothing. Others had six or eight lines of copy. My father’s simply read, “Edward McElroy.”

Am I reading too much into his picture to think he looks like an unhappy young man? I don’t know.

I do know that his father had periodic drinking problems and regularly cheated on my grandmother. That was hidden from us while we were young, but I eventually heard some ugly stories. What was it in his childhood that programmed my father for narcissism? He would admit to having had a terrible childhood — constantly moving because of financial problems — but he never would give me many details.

I found other papers today which rewrite some of what I have believed about my childhood. I thought my parents divorced when I was 9, but it was more complicated. I found two sets of signed divorces between them. The first was a divorce case filed in Atlanta when I was about 7. It was signed and witnessed by both of them. Why was it never official? I have no idea.

Their second set of divorce papers were filed in Anniston, Ala., when I was 11. Their entire relationship for that period of four or five years was so stormy that it’s impossible for me to know now what happened.

It was in that period — when I was about 9 or 10 — when Mother would come see us on weekends while she taught school and lived an hour away. They fought all the time and we hated the conflict. We would have to get up very early on Monday mornings during that period to drive Mother to the Greyhound bus station so she could be back in time for her school day.

I’ll never forget leaving the bus station one morning in our Volkswagen Beetle — still sleepy from being up so early — and my father goading us into singing, “Thank God and Greyhound,” on our way home. He thought it was funny and he pressured us into singing these words of a popular song with him:

I was numb to how I felt at the time, but even as an emotionally numb child, it felt wrong to be singing this about my mother. It made my father feel good to think his children were on his side as the two of them battled over everything in the world.

There were other things I found today. There was his second divorce from 1990. His Army discharge papers. A letter he sent to one of my sisters a few years ago which was returned to him because he didn’t have her current address.

There was also a handwritten letter to him from my mother about 14 years ago. In the letter, she explained to him that she had been diagnosed with Alzheimers and was starting to have more issues. There was no hint of having been sorry to have lost him, but the letter was gracious and warm.

Without saying so, it sounded like a letter to say goodbye since she knew she was going to lose her ability to remember things. She said she was glad that they had been able to have some good times together, but she didn’t mention any of the terrible things which I know she held against him.

And it made me realize one key difference between my parents.

Everything my father did was ultimately about himself, even when he appeared to be doing something for someone else. There was always an ulterior motive. He was so driven by fear of not being loved and of being abandoned. (I can identify with those fears.) He was always trying to manipulate everyone to think well of him.

My mother genuinely cared about other people. Although she wrote to give him news of herself, she obviously had no motive. She was caring and kind and gracious to the man who had abused her for so many years.

When I was younger, I wanted to be more like him than like her. At this point, I don’t really want to be like either of them overall. I just want to be myself.

But when I think about the quality of people they were, there was far more to respect and emulate in my mother. My father’s demons had too much control of his will for there to be much worth emulating in him.

I hope I can keep learning from what both of them were — as I continue to re-evaluate them — so I can continue the long journey of becoming the kind of man I want to be.

Wildflowers don’t concern themselves with things

I didn’t plant it, but it’s decorating my back

Rays of light from sunset trying to pierce heavy c

This flowering tree in the Birmingham suburb of Tr

If it’s not yet spring where you are, you can at

Spring flowers are suddenly everywhere in the last

Here’s the mid-afternoon sun through a tree just

Just 10 days ago, this tree in my front yard was b

Lucy is on night patrol, so you can be assured our

Imagine returning to a state of such innocence tha

Merlin is lost in his thoughts as he relaxes on th

Lucy just came trotting in here — at 1 in the mo

There is no telling what was on Molly’s mind —

The human tried to talk Lucy into not taking anoth

Now that I’m home, Lucy is playing in grass behi 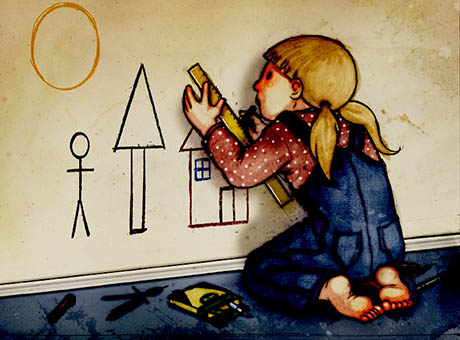 The better I know myself, the more I realize that my core fault — and the source of many other failings in me — is that of believing on a deep level that everyone and everything in my world must be perfect, especially me. If I had seen any of this in myself as recently as 10 years ago, I would have dismissed it as a small failing that showed up only every now and then, but I now see it as the wellspring from which my other sins are born. It’s such an insidious belief — and one that can look on the surface like a reasonable desire to be good and right — that it’s hard to acknowledge it as the inner cancer it is. But until I understood this, it was always going to be impossible for me to get over my deep shame about my imperfection or to accept the love of another person, because she is bound to be flawed, too. 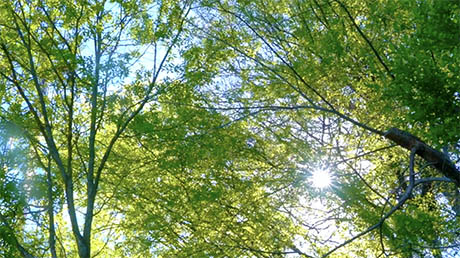 If it’s not yet spring where you are, you can at least enjoy 60 seconds of spring in the South with me. This was just outside my office late Thursday afternoon. Don’t you need a relaxing break today? See it on YouTube by clicking here. 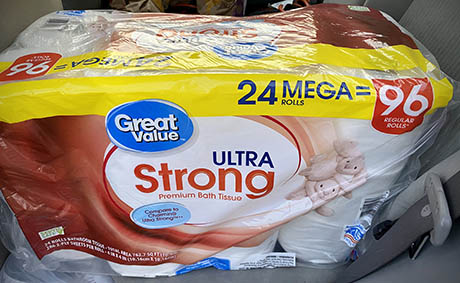 It pays to be nice to the employees at Walmart — and everywhere else, for that matter. I was just in Walmart to buy some kitty litter when one of the employees called me over with a conspiratorial tone: “Hey, David, do you need some toilet paper?” she almost whispered. She had found a giant package hidden somewhere and she said she had been saving it for someone she really liked. So I’m the proud new owner of 24 additional mega rolls of toilet paper, which are worth something like $748 on the black market. On a more serious note, be good to people when you have a chance, as this employee was for me. And remember that people remember the way you treat them. I wouldn’t have treated this woman and her co-workers a bit differently in the past if I’d known she would someday do me this small favor, but there are benefits to treating people well, even if that’s not your purpose. Be good to each other.

My neighbor Cora — a retired teacher — called me while I was driving to the office earlier today to remind me that she wants to take me out to dinner sometime. We’ve talked about going out together, but we’ve never gotten around to coordinating a time. As she was about to get off the phone, she said, “I love you. You’re such a good neighbor!” And I told her that I loved her, too. I wonder how upset the racists of the unquestioned Jim Crow world — only about six decades ago — would have been that a white man and his elderly black neighbor care abut each other in such a way. There’s still a lot wrong with racial attitudes in the world today, but small things such as this remind me that we’ve come a long way. 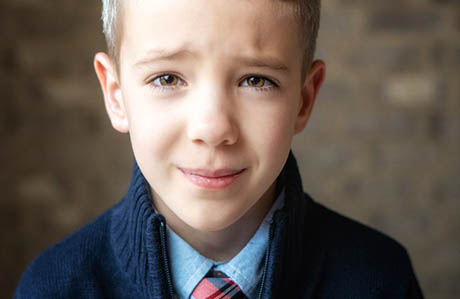 If you have children, it’s important to deal with how they might be feeling as they react to the fears of COVID-19 as the danger grows. There’s a lot of fear among adults right now, but children are even less equipped to handle fears they sense from adults around them. My friend Josh Whitman has experience doing a lot of things and one of them is school administration. Josh and his wife are raising two young sons of their own in a Birmingham suburb, and he’s been thinking a lot for the last few weeks about how this societal fear affects children. He’s written a short article giving some wise and insightful tips with concrete steps you can take to help your children during this time of crisis — things which might not have occurred to me — so I highly recommend it.